Explore the geothermal landscapes of the north of Iceland on a full-day shore excursion to Lake Mývatn from Akureyri Port. Get dropped off directly at your cruise ship in plenty of time for its departure.

Benefit from pick-up from your cruise ship in Akureyri Port, and then drive to Lake Mývatn and the surrounding wetlands area near Krafla volcano. Stop at Goðafoss waterfall and hear about its important role in the history of Iceland.

Continue to the pseudo craters of Skútustaðagígar, formed when hot flowing lava met with ice cold water from the lake. See the lava fields of Dimmuborgir, rich in mythical sagas and stunning to look at for the lava pillars and rock formations.

Discover the thermal waters of an underground river at Grjotagja, where you will stand on the continental rift between Europe and America. End with a look at the boiling mud pools of Hverir and gaze in awe at the steaming fumaroles and sulfur pits. Return to Akureyri Port at least 1 hour before your ship’s departure for the end of the tour services.

Get the best Iceland tours straight into your inbox! 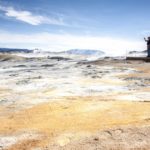 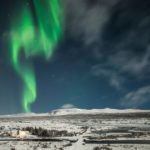 Iceland Tours helps you to discover and book the best tours, attraction tickets and things to do in Iceland. We compare a wide collection of tours from some of Iceland’s top tour companies. Save money on the best Iceland tours.

The Iceland Tours team may earn a small commission for any tours that are recommended through this website.

Iceland Tours is not a travel agency and we will never charge for using our website. We have collected Iceland’s best tours.

Iceland Tours has affiliate relationships with some (not all) of these travel companies. We may earn a small commission for tours recommended through this website.

Back to Top
Close
close
We use cookies on our website to give you the most relevant experience by remembering your preferences and repeat visits. By clicking “Accept All”, you consent to the use of ALL the cookies. However, you may visit "Cookie Settings" to provide a controlled consent.
Cookie SettingsAccept All
Manage consent

This website uses cookies to improve your experience while you navigate through the website. Out of these, the cookies that are categorized as necessary are stored on your browser as they are essential for the working of basic functionalities of the website. We also use third-party cookies that help us analyze and understand how you use this website. These cookies will be stored in your browser only with your consent. You also have the option to opt-out of these cookies. But opting out of some of these cookies may affect your browsing experience.
Necessary Always Enabled
Necessary cookies are absolutely essential for the website to function properly. These cookies ensure basic functionalities and security features of the website, anonymously.
Functional
Functional cookies help to perform certain functionalities like sharing the content of the website on social media platforms, collect feedbacks, and other third-party features.
Performance
Performance cookies are used to understand and analyze the key performance indexes of the website which helps in delivering a better user experience for the visitors.
Analytics
Analytical cookies are used to understand how visitors interact with the website. These cookies help provide information on metrics the number of visitors, bounce rate, traffic source, etc.
Advertisement
Advertisement cookies are used to provide visitors with relevant ads and marketing campaigns. These cookies track visitors across websites and collect information to provide customized ads.
Others
Other uncategorized cookies are those that are being analyzed and have not been classified into a category as yet.
SAVE & ACCEPT

Your password reset link appears to be invalid or expired.

To use social login you have to agree with the storage and handling of your data by this website.

Hey Traveller!! Before You Go…

Get the best Iceland tours straight into your inbox before everyone else! 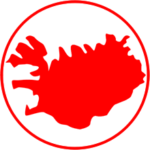 Get the latest Iceland tours directly to your email before everyone else.